Abstract
Etruscan Tombs are generally of the hypogeic type; in the sites devoid of layers of soft rock, they are false hypogeic; a few monumental aerial tombs (dado tomb of Tuscania, for instance) are anyway sculpted and carved in the rock. e rooms that compose an Etruscan tomb are displayed, according to the Megalithic tradition and, at the same time, the Mycenean one, with the dinamic concept of the run of the deceased person from outside to the interior of the tomb up to the most internal chamber; this, very often, is covered by a dome. Several of these funeral installations can be considered a product of architecture since they are the result of an aesthetic, spatial, symbolic, constructive and structural research; they contain, but only in a few rooms, some features of the house. e repertory of cupolas includes those of the artificial caves, with or without central pillar. Other particular Etruscan domes, square sided, that till now were erroneously classified amongst the box ceilings but identified by the author as true architectural organisms, are built simulating timber corbelled constructions in complex tombs (in Chiusi, Vulci, Sovana, Perugia; V-III c.). Ancient domes of this kind are also to be found in essaly, Bulgaria, Azerbajan and close countries. e tholoi, extraordinarily spread in Europe and elsewhere, both temporally and geographically, are to be found in a lot of false hypogeal tombs in Etruria proper (Populonia, Vetulonia, Cecina, Casaglia, Carmignano (Firenze), Sesto fiorentino (Firenze) and others; IX-VI s.), covered by a tumulus; some of them have a central pillar. Similar tumulus tombs with tholoi were built almost contemporarily in essaly and later (VI-III c.). in the racian territories now called Bulgaria, in Crimea and in the close countries. All the cited domes are built with the corbelling system or imitate that construction system. e shape of the tumuli and the cippi is that of a dome. 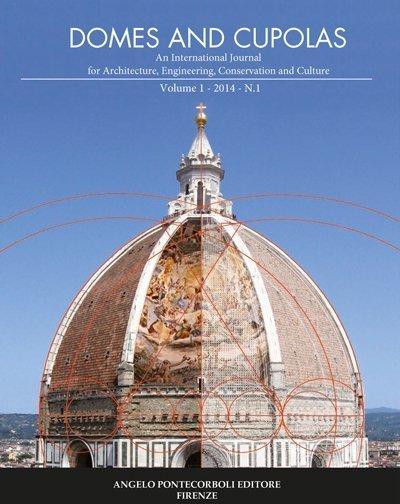